Family: Married 17 years this September (yes I had to check ) to my beautiful supportive wife Colleen, and father of two equally gorgeous and healthy daughters, Catherine (15), and Emma (12)

There is an old saying, “when one door closes another one opens”.  For me the door slammed shut when during a pickup hockey game I hit the boards hard and shattered my knee cap.
Hockey and many other sports were now things of the past.

I actually had 2 doors open for me that day back in 1991. I met my wife at physio, and I found cycling.

Within a year I’d bought myself a mountain bike and started racing at Hardwood hills and on the Ontario Cup circuit. I picked up a nice road bike for training and got totally hooked.

In 2002 a cycling friend of mine lost his mother to breast cancer. Within months he organized a fundraising ride in her memory. The ‘Ride for Karen’ was formed. All money raised went to charities that helped people living with cancer.

When I got the call from Kris that first year I was honoured to be in the first group of fundraisers for such a great cause. At the time I had no idea how close to my heart this ride would become.  A year later, two months before the ride, my twin brother was diagnosed with a rare form of cancer and given 3 days to live. He died 2 weeks later, just shy of our 45th birthday.

The ride will be hard, physically and emotionally, but it’s not even close to the hardships suffered by the more than 10,000 children in Canada living with cancer.

Please help me in my quest to raise $30,000 in support of these children.

You can make a donation at  snkcr.com/dennisflatman 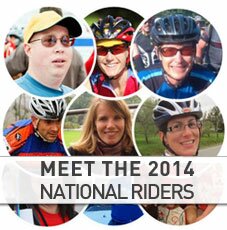